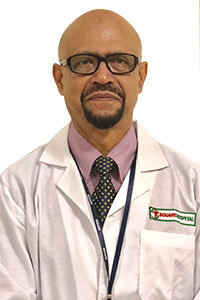 Prof. Brig. Gen. (Retd) Jahangir completed MBBS from Rangpur Medical College. After one year of in-service training in Rangpur Medical College Hospital he joined in Army Medical Corps and became Graded Specialist in Radiology in Military in Dec 1982. Brig Gen Jahangir obtained MCPS in Radiology & Imaging in 1993 and FCPS in 1994. He did training in Angiographic X-ray equipment and Angiography in Japan, Australia, Indonesia and Thailand in 1994 and completed Fellowship in MRI (USA) in 1997.

Prof. Jahangir has served 10 years private practice in Central Hospital Ltd and about 10 years in Apollo Hospitals Dhaka. He has lots of publications and has attended many National & International seminars as Speaker. He was honored with Visiting Professor of Pediatric Neuro-Radiology in Dhaka Shishu Hospital, Faculty–Urology & Transplant Foundation of Bangladesh. He is an examiner of FCPS, MD and M.Phil for last 13 years. He is a life member of Bangladesh Society of Radiology & Imaging (BSRI) and past Vice President of the Society.