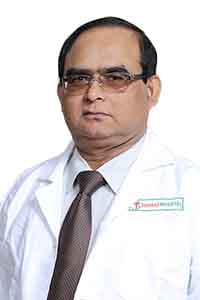 Prof. Dr. Shah Alam started his career as Assistant Registrar in National Institute of Ophthalmology and IPGMR. Due to his well acknowledgement, he shortly got promoted to Resident Surgeon, Jr. Consultant and then to Assistant Professor (IPGMR) in 1996. In 1999, he became Associate Professor and in 2004 became Professor of Ophthalmology in Mymensingh Medical College. He took early retirement from government services in December, 2006 and joined as Consultant in Square Hospital. He has more than 25 years of experience in the field of Ophthalmology.